The Pomquet River is a productive trout and salmon river that has been highly impacted by agriculture, forestry and historical land clearing. As a result of these impacts much of the spawning habitat throughout the watershed has been marginalized. ARA has successfully partnered with several landowners within the Pomquet watershed, establishing buffer zones in agricultural areas and installing digger logs. The Pomquet River watershed has four important tributaries: Black Avon River, Campbell’s Brook, East Branch Pomquet and West Branch Pomquet.

Beginning with Black Avon River which joins the main stem of the Pomquet about a kilometer above the head of tide. The Black Avon River has been severely over-widened because of historical land clearing and log drives. Much of the channel has been eroded down to the underlying layer of bedrock, limiting available spawning habitat and providing little cover for juvenile salmon. ARA in partnership with the Adopt a Stream program completed habitat assessments throughout the Black Avon River in 2016 and 2017 and identified a lack of riparian zone as a limiting factor that was preventing the recovery of instream habitat. In 2018 several hundred willow trees were planted along both sides of the Black Avon River for over two kilometers of stream. This work is now being monitored and future riparian zone plantings are planned.

The west branch of the Pomquet received restoration work in 2013, 2015, and 2016.  These projects were completed to address severe bank erosion through bank stabilization and tree planting. 2016 work was also completed on Campbell’s Brook, a tributary to the Pomquet. This work involved the installation of several digger logs through a section of over-widened and shallow channel. This work was completed by ARA’s summer student crew in partnership with Paqtnkek First Nation’s Fisheries. Finally, several projects have been completed on the east branch of the Pomquet beginning in 2013 with a bank stabilization project along an eroding farm field. Follow up work was completed near this site in 2015 which involved the installation of digger logs. A lack of riparian zone vegetation was identified as a limiting factor on the east branch, especially through reaches of stream that flowed through agricultural land. To address this issue ARA worked with local farmers in 2019 and 2020 to establish a vegetated buffer zone along both sides of the stream for over 2 kilometers. 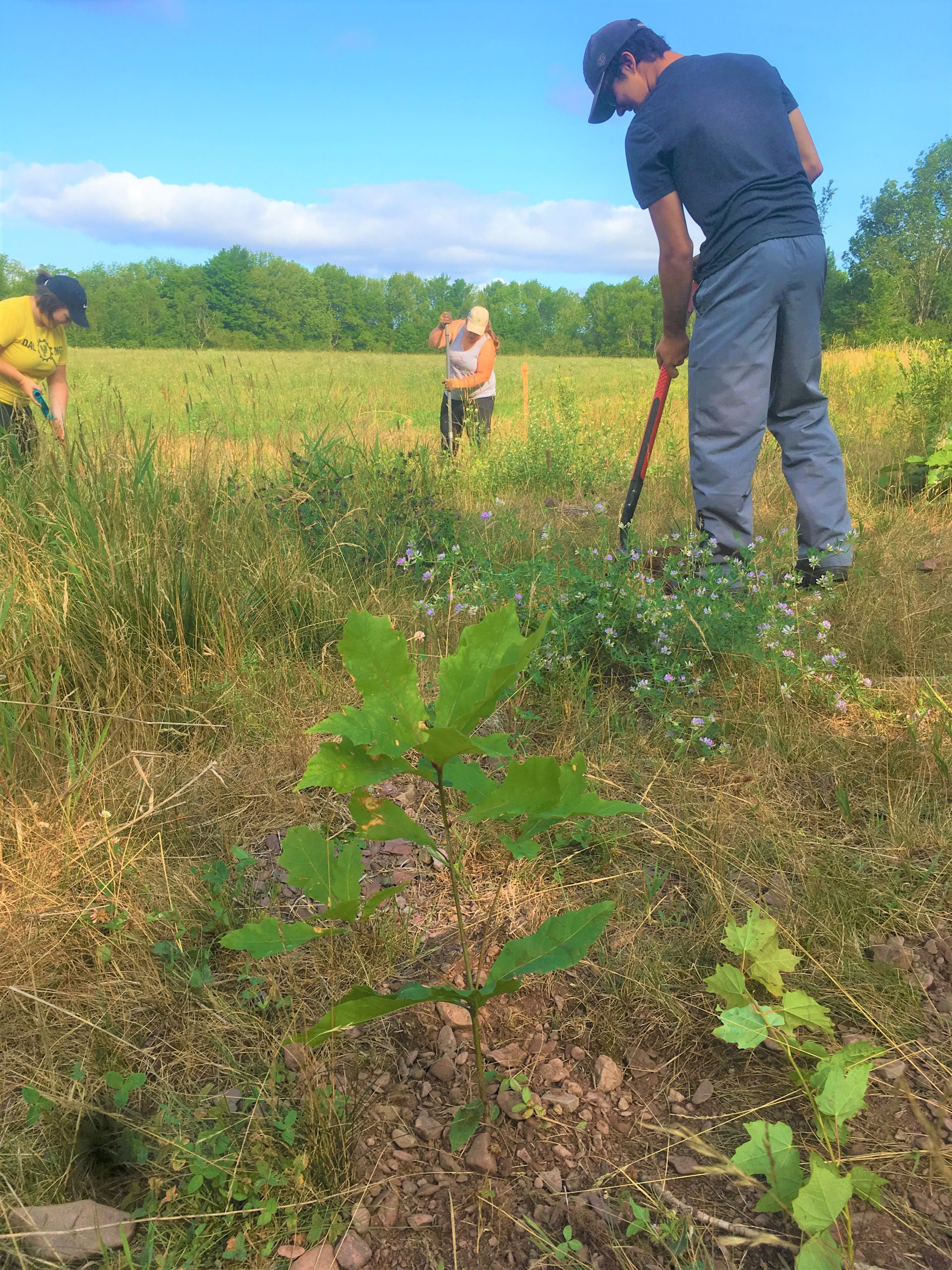 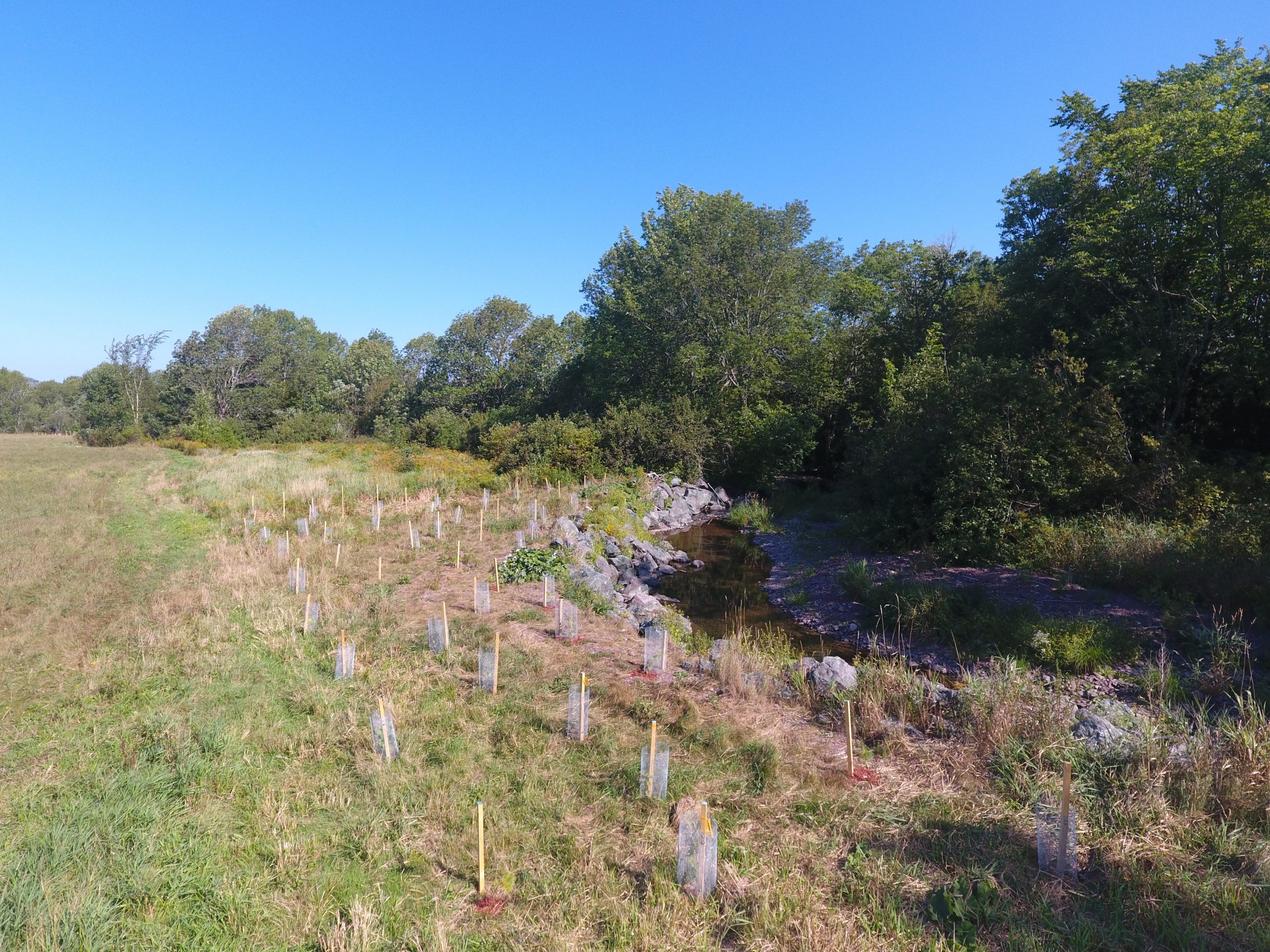 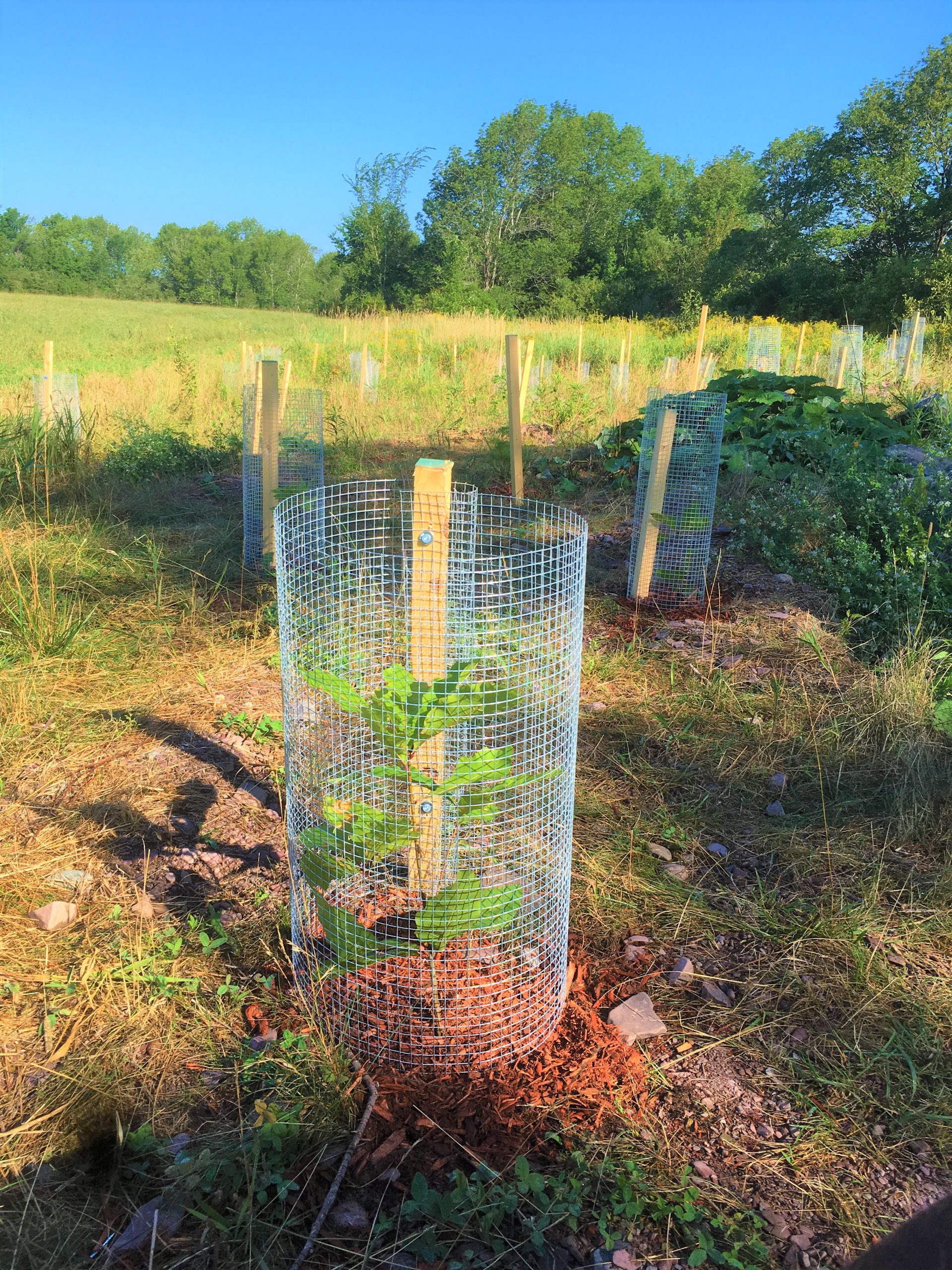 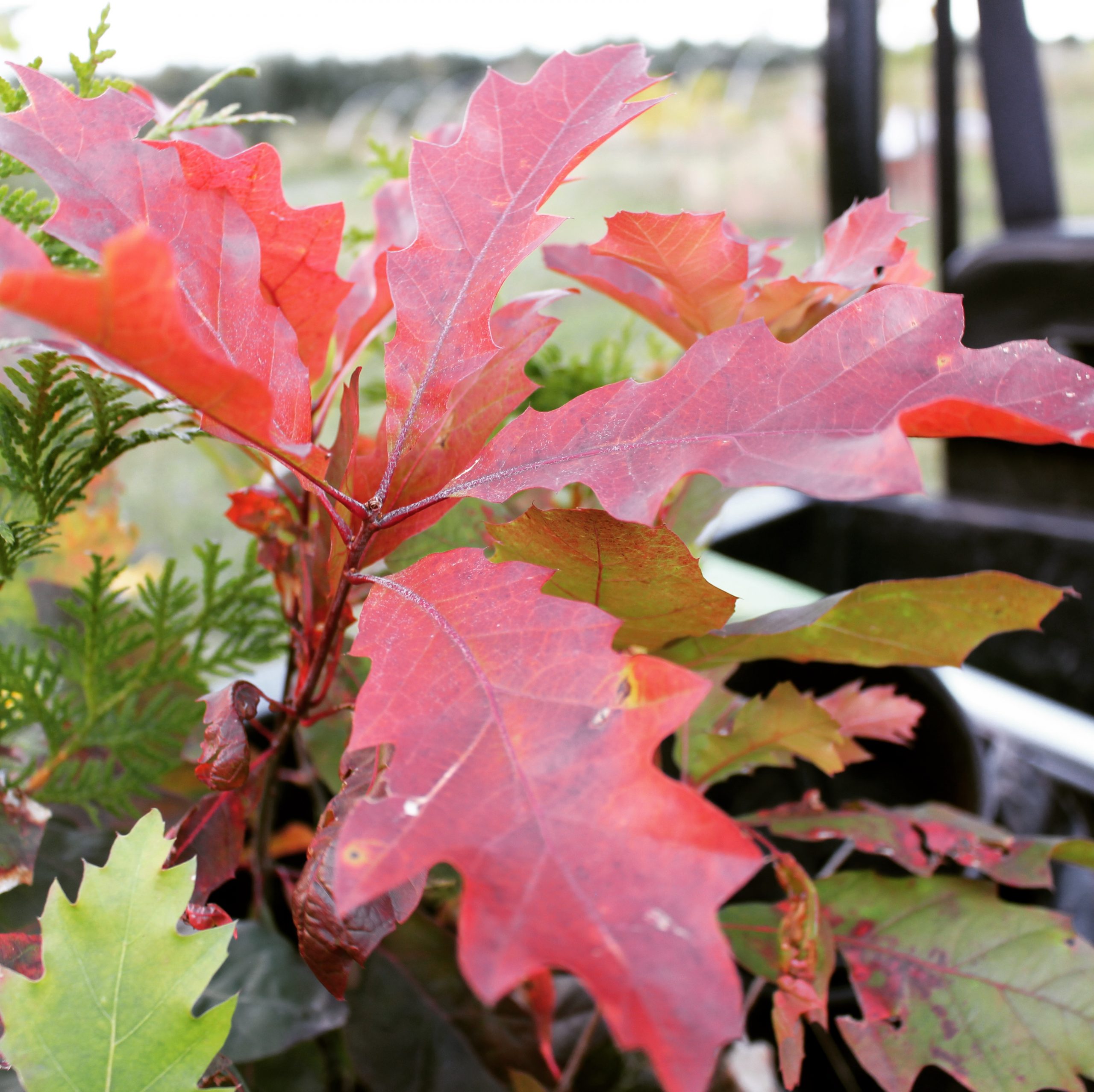 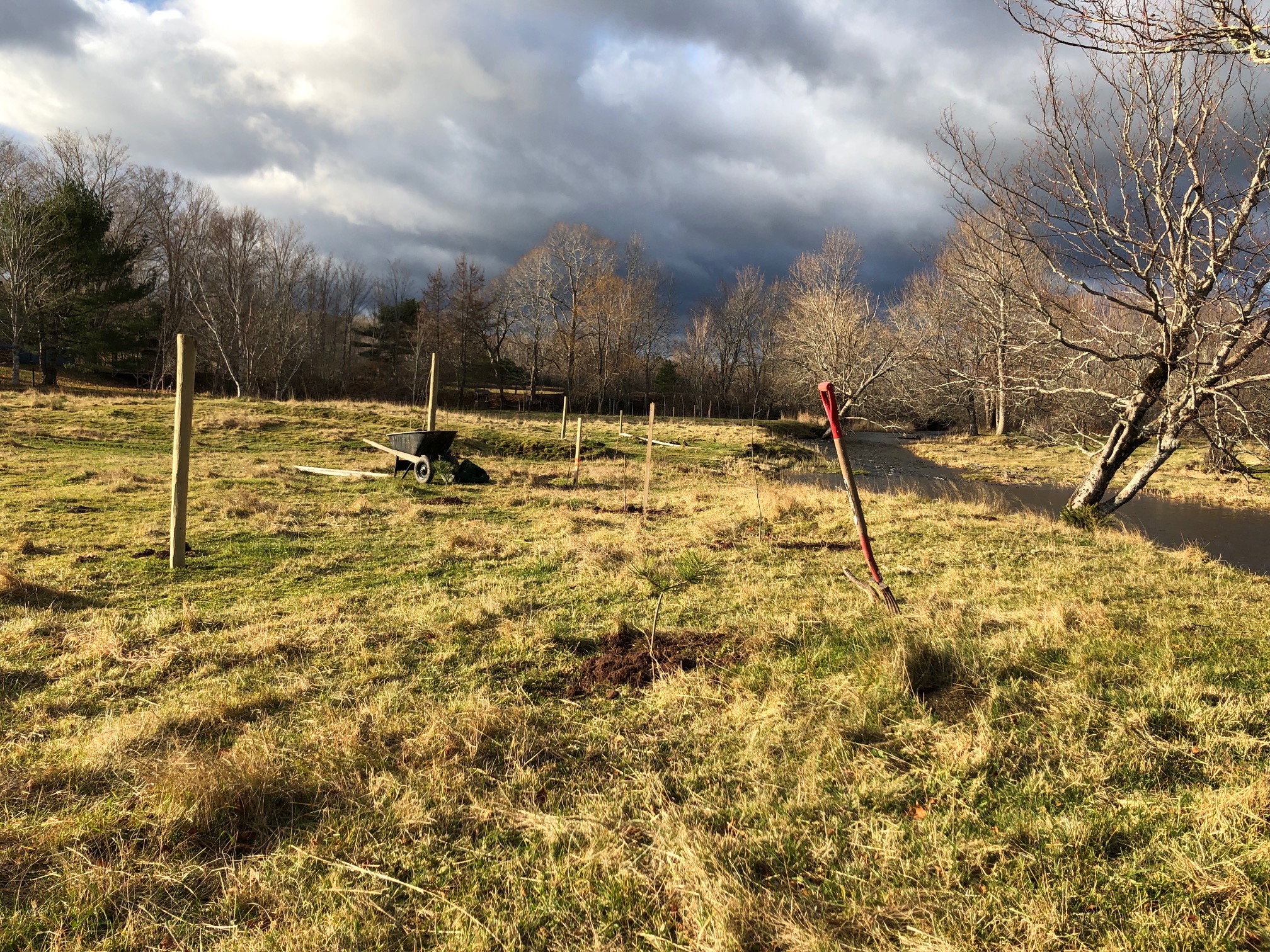 View Our Restoration Projects On A Map

The full scope of our project work can be seen across the county of Antigonish.
NOTE: This map was produced by the Nova Scotia Salmon Association
View Restoration Map